Catabolic reactions involve a type of chemical reaction called hydrolysis. The word, “hydrolysis” is made of two words, “hydro,” which refers to water, and “lysis” which means “to split” (refering to the splitting or the breaking of the chemical bonds during hydrolytic reactions). As you can see in the figure below, hydrolysis requires an input of water.

Hydrolysis is illustrated below. A polymer is a long molecule made of individual units called monomers. When we later look at carbohydrates, proteins, and nucleic acids, we’ll learn that they are polymers. 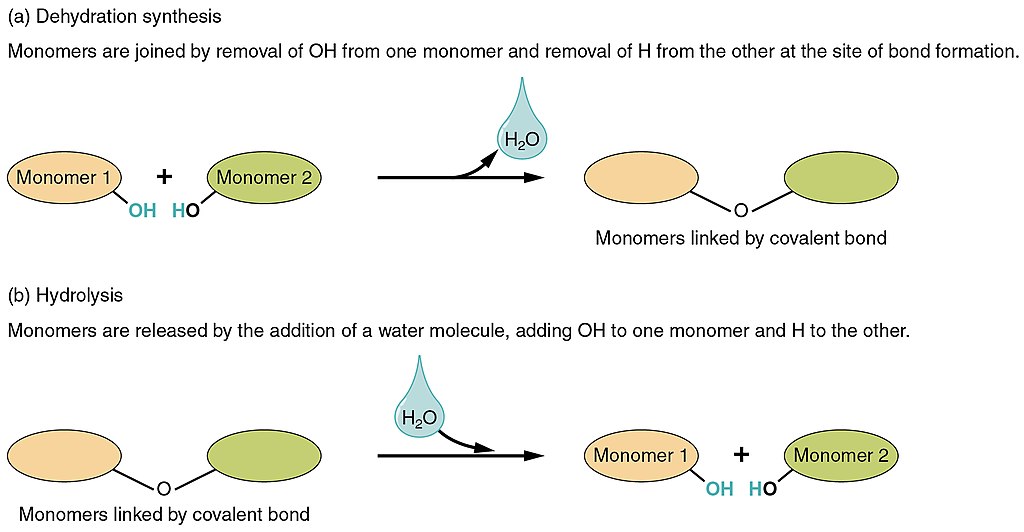