Ribosomes are small granular, non-membranous structures that are involved in the synthesis (production) of proteins.

Free ribosomes produce proteins that stay within the cell or are imported into the mitochondria and other organelles.

Structure and chemical makeup of ribosomes

Ribosomes are made of two chemicals: proteins and a type of RNA called ribosomal RNA (rRNA). 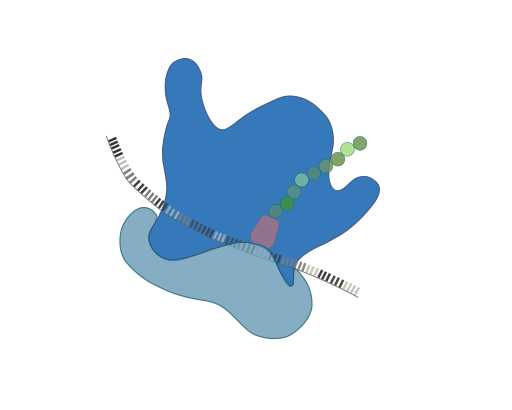 The cell can produce larger number of protein molecules by having multiple ribosomes bind to and read each messenger RNA. This structure consisting of many ribosomes attached to a messenger RNA molecule is called a polyribosome or polysome. This is illustrated below.

Go back to the Session 2 Objectives