Transport by vesicles requires the cell to use metabolic energy (just like active transport mechanisms).

There two broad categories of transport by vesicles: endocytosis and exocytosis.

This video explains all types of transfer by vesicles. (Note: They mention a molecule called clathrin during receptor-mediated endocytosis. You don’t need to know about it.)

During endocytosis, the plasma membrane pinches inward and take in substances into the cell.

There are three kinds of endocytosis: 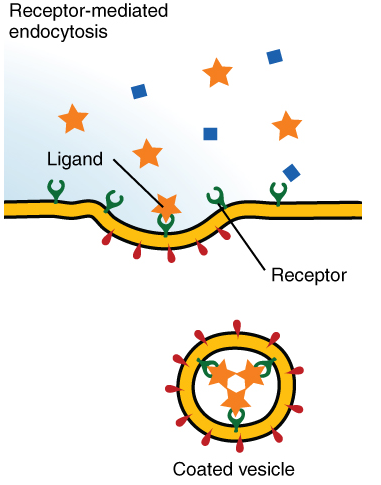 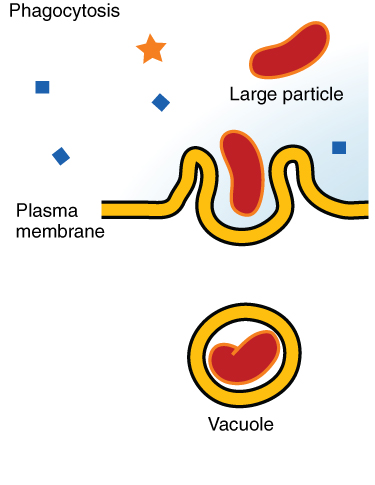 Pinocytosis is very similar to phagocytosis. The only difference is that during pinocytosis, the cell engulfs liquid and dissolved solutes that are outside of the cell.

During exocytosis, a vesicle leaves the Golgi apparatus and comes to the surface of the cell and releases something to outside the cell. Exocytosis is used to add new membrane material to the plasma membrane.

Go back to the Session 2 Objectives